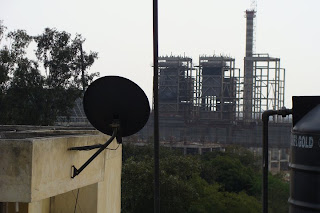 Jairam Ramesh, Union Environment Minister is meeting the protestors against the incinerator plants today at 5 PM at Paryavaran Bhawan. The Minister must initiate steps to stop Incineration based Waste to Energy projects in Delhi are meant for 62.2 MW of power at Okhla, Timarpur, Ghazipur and Narela-Bawana.

Notably,  complete Environment Impact Assessments (EIAs) of these life thretening pojects are not available in public domain. The plants at Okhla and Timarpur will generate 16 MW energy and Gazipur will generate 10 MW. The Narela-Bawana plant will generate 36 MW. Incinerators are furnaces that are in effect Dioxins emitting machines.
The technology in question Incineration of Refuse Derived Fuel (RDF) is a tried, tested and failed technology. Its adoption despite a history of consistent failures reveals environmental lawlessness in Delhi. The question is: Why Delhi Government refuses to learn lessons from its blunder using the same technology?

It’s surprising why Timarpur waste to energy (WTE) failure in Delhi has not taught any lessons to Union Ministry of New & Renewable Energy (MNRE) and Municipal Corporation of Delhi (MCD). The plant in Timarpur ran for only seven days and now lied defunct after a huge loss of money, a court case and incurring maintenance cost of a failed plant for a long while and now the plant has been razed to ground. It remained a huge embrassment for the proponents. 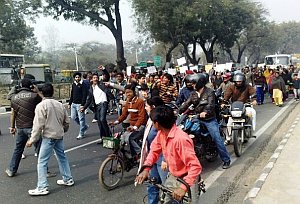 It has now been made invisble because public memory is deemed quite short. In the RDF based Timarpur waste to energy case (Dr B.L Wadhera Vs Union of India and others), Delhi High Court had asked Comptroller and Auditor General (CAG) to probe the deal and had rebuked the concerned officials. 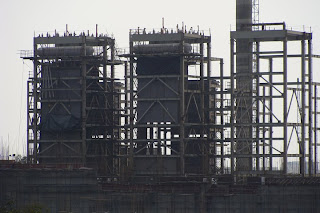 It is well-known fact that there is not even one viable demonstration project anywhere based on this technology in the country. Timarpur's plant was and is a monument of foolhardiness and unwise technological decisions of MNRE, Delhi Govt and MCD. WTE encourages waste generation and maximisation.

The role of Union Ministry of New & Renewable Energy (MNRE) should be probed. MNRE is distorting waste managment beyond repair through its waste to energy policy. The Minister must take note his ministry's White Paper (availble on web) which recommends against such technologies in favour of biological treatment methods.

The relevant part of the WHITE PAPER ON POLLUTION IN DELHI WITH AN ACTION PLAN, GOVERNMENT OF INDIA, MINISTRY OF ENVIRONMENT & FORESTS reads "4.1 The NEERI studies show that the treatment of solid waste not reduces the quantity requiring disposal but also reduces its pollution potential thereby preventing its adverse impact on environment. Some treatment methods also yield a product which can be recycled. Thermal treatment methods such as incineration or conversion of waste to briquettes and its subsequent use as fuel are not feasible due to the low heat value of the municipal solid waste in MCD area. The experience of the incineration plant at Timarpur, Delhi and the briquetting plant at Bombay support the fact that thermal treatment of municipal solid waste is not feasible, in situations where the waste has a low calorific value. A critical analysis of biological treatment as an option was undertaken for processing of municipal solid waste in Delhi and it has been recommended that composting will be a viable option. Considering the large quantities of waste requiring to be processed, a mechanical composting plant will be needed. NEERI has indicated that vermicomposting is suitable when practised on a small scale only."

The mere fact that investments have been made and some construction has happned is not and cannot be an excuse for letting present and future generations to be exposed to persistent organic pollutants and heavy metals that will be emitted from incinerators under construction. The talk of shifting the plant is also quite hollow because mere shifting of a polluting plant does not make it non-polluting.

(With appln(s) for directions, intervention, interim Relief and office report)

(With prayer for interim relief and office report)

For State of Goa: Ms. A. Subhashini,Adv.

For Nagaland: Mr. U. Hazarika,Adv.

For Sikkim: Mr. A. Mariarputham,Adv.

For Govt. of NCT of Ms. Geeta Luthra,Adv.

UPON hearing counsel the Court made the following

The petitioners in support of prayers made in Interlocutory

Application No.14 of 2004, inter alia, seeking directions against the

Central Government to forthwith stay the sanction of any further subsidy

in respect of proposed and future Municipal Waste to

Energy Projects and further direction to the Central Government to

Experts to inspect the functioning and record of the Lucknow and

Hyderabad Plants and assess performance against initial expectation and

projections as also to assess process viability through energy-balance,

News Item published by The Times of India on 21st December, 2004. The

Plant in Lucknow has been abandoned due to insufficient supply of

abandoned, rather the workers have gone on a lock-out. From that report,

it does appear that the generation of electricity has dipped to a mere 0.3

M.W. to 0.5 M.W. When the plant was commissioned, the projection was

that it would generate 5 M.W. of electricity using bio-degradable waste.

Under the aforesaid circumstances, we hope that till the

position is clear, the Government would not sanction any further subsidies.

Meanwhile, within two weeks, the Central Government shall constitute a

Committee of Experts and include therein Non-Governmental

Organisations as well, to inspect the functioning and record of the

Lucknow plant and file a Report before this Court. The petitioners may

suggest the names of Non-Governmental Organisations, which may be

considered for being included in the Expert Committee, to Mr. A.D.N.

Rao, learned counsel appearing for the Central Government. Due regard

would be given to the suggestions made, while constituting the Committee.

Mr. Rao seeks leave to place on record the Report of the Inter-

ministerial Task Force. Let the same be filed within one week.


The writ petition and the special leave petition are adjourned.


IN THE SUPREME COURT OF INDIA

IN THE MATTER OF

UPON hearing counsel the Court made the following

Heard learned Solicitor General for Union of India and respective counsel for the parties.

The matter relates to solid waste management by various Municipal Corporations. After hearing parties, this Court on 6th May, 2005, observed that till the position becomes clear as regards the viability of the projects for generation of energy from municipal waste (by the bio-methanation technology), the Government would not sanction any further subsidies to such projects. This Court also directed that the Central Government to constitute a Committee of Experts and include therein Non-Governmental Organisations as well, to inspect the functioning of the project at Lucknow and its record and file a report before this Court. Pursuant to the said order, a detailed report has been submitted by the Expert Committee on 2.1.2006. Chapter IX of the Report contains its recommendations and conclusions. The Committee is of the opinion that the choice of technology for treatment of MSW should be made on the basis of quantity and quality of waste and local conditions. The Committee has opined that operational problems of one plant (Lucknow) should not form the basis to judge the efficacy of the particular technology and therefore, petitioner’s objection to providing support (subsidy) to waste to energy projects may not be justified. We extract below some of the relevant conclusions of the Committee:

“ ….For all the projects in future, the issues such as Project Development including characterization of wastes, sizing of projects, technology selection and project design, management model and operational issues including close co-ordination between Municipal Corporation and the promoters, financial appraisal and approval of project should be adequately addressed.”

“ In view of the problems of treatment and disposal of municipal wastes (solid and liquid) in our cities and towns, which are only likely to increase with the growth of population and urbanization, an integrated approach to waste processing and treatment will be necessary, as brought out in the MSW Rules, 2000. Therefore, instead of focusing on individual technologies, it would be desirable to take an integrated approach to the management and treatment of MSW, which would necessitate deployment of more than on technology in tandem.”

“ The selection of technology for the solid waste management depends upon the quality of waste to be treated and the local conditions. Therefore, for the segregated waste, which is dedicated in nature, the selection of technology is relatively easier and its performance and success is beyond doubt. Therefore, it is desirable to have solid waste segregated at source, which is also required as per the MSW Rules, 2000.”

The Committee has recommended that projects based on bio-methanation of MSW should be taken up only on segregated/uniform waste unless it is demonstrated that in Indian conditions, the waste segregation plant/process can separate waste suitable for bio-methanation. It has opined that there is a need to take up pilot projects that promote integrated systems for segregation/collection/transportation and processing and treatment of waste.

In view of the report of the Committee and having regard to the relevant facts, we modify the order passed by this Court earlier and permit Ministry of Non-conventional Energy Sources (MNES) to go ahead for the time being with 5 pilot projects chosen by them, keeping in view the recommendations made by the Expert Committee and then take appropriate decision in the matter.

List the application for further orders after six months.

Permission to file rejoinder is granted.

Petitioner to file its response to the application, if any, without four weeks.