7April, 2011 New Delhi: Taking cognizance of the livelihood and public health concerns from Waste to Energy Incinerators of the waste pickers raised through petitions and rallies, Lt Governor (LG) has asked the Urban Development Ministry, Delhi to resolve the matter by meeting the concerned social activists, environmentalists and lawyers. The letter from LG’s office is given below.

This step has been taken in response to letters sent to LG by waste pickers led by All India Kabadi Mazdoor Sangh and environmental groups like ToxicsWatch Alliance (TWA). These groups met Ms Padmini Singhla, Additional Secretary, LG Office on 23rd March and apprised her about the threats for residents of Delhi, waste recycling workers and the violation of May 15, 2007 order of Supreme Court.

The Court order reads:"The Committee has recommended that projects based on bio-methanation of MSW should be taken up only on segregated/uniform waste unless it is demonstrated that in Indian conditions, the waste segregation plant/process can separate waste suitable for bio-methanation. It has opined that there is a need to take up pilot projects that promote integrated systems for segregation/collection/ transportation and processing and treatment of waste. In view of the report of the Committee and having regard to the relevant facts, we modify the order passed by this Court earlier and permit Ministry of Non-conventional Energy Sources (MNES) to go ahead for the time being with 5 pilot projects chosen by them, keeping in view the recommendations made by the Expert Committee and then take appropriate decision in the matter."

It is noteworthy that MNES has been renamed as the Ministry of New & Renewable Energy (MNRE). Several letters have been written to MNRE since June 2007 pointing out how their waste to energy policy promoting waste to energy incinerators (incineration of Refuse Derived Fuel) is violating the Supreme Court’s order.

These concerns have been brought to the notice of the Secretaries of MNRE, Union Ministry of Environment & Forests In a related development, Lt Governor’s office called to inquire about the municipal incinerators and the role of Union Ministry of New & Renewable Energy which is promoting such technologies. Environmental groups have sent letters to the concerned secretaries of MNRE, MoEF and Chairperson, Central Pollution Control Board. These letters are available on toxicwatch.blogspot.com.

Notably, the statement in the PRESS RELEASE issued by DIRECTORATE OF INFORMATION & PUBLICITY, GOVERNMENT OF DELHI dated 6th April, 2011 saying, “There will be no health hazard due to Waste to Energy Plant as only domestic waste/bio-degradable waste will be used to generate power” is factually incorrect.

There is global evidence to the contrary including from agencies like World Health Organisation (WHO) and United National Environment Program (UNEP), which recommend against waste incineration. 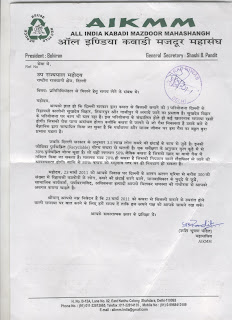 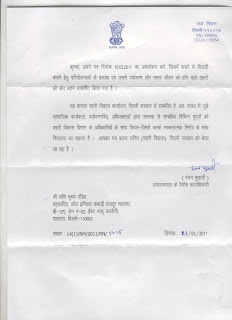