Waste to Energy Facility in Delhi Causing Controversy with Residents 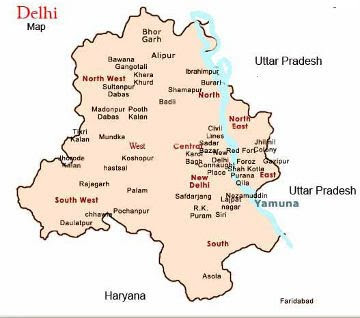 The Okhla-Timarpur thermal Waste to Energy plant in Delhi, India will no longer be associated with the Asian Development Bank (ADB) according to a report in The Times of India.

The incineration-based plant in Okhla is under construction and is scheduled to start operations in November 2011.

The plant will incinerate 643,000 tonnes of Delhi's waste, generating 16 MW power plant. The initial investment in the project is about Rs 1.74 billion ($38 million)

The plant had initially been due to enter service in October 2009, but has been delayed primarily due to environment related objection from local residents.

D Nayantara, a local resident told The Times of India: "An incineration plant in the middle of a residential area is really a poor idea. The government has still not given answers on how the waste will be carted to this site or how and where it will be segregated."

"There are several studies, including a white paper by the ministry of environment and forests, to show that composting is the best solution for Indian waste." Nayantara added.

Initial assessment of the project was conducted based on the CDM-Project Design Document (PDD).

One senior representative told The Times of India that the nature of the project when assessed was an integrated waste to energy project as mentioned in the PDD. An agreement with the project developer was signed to provide carbon co-financing from APCF, which was subjected to fulfilment of certain condition precedence in the given time frame, including ADB due-diligence of the project.

"Conditions were not satisfied by the project developer, and, therefore, the agreement has expired. APCF is no longer associated with Timarpur-Okhla Waste Management Company Pvt Ltd's integrated waste to energy project in Delhi and no funds were released for this project," said the APCF representative.

Residents of areas near the project site have been protesting against the incineration plant saying that it will lead to pollution in the area, and the matter has been taken to court.

At a meeting of the chief minister and representatives of the power company the issue of foul smells emanating from the existing Timarpur plant was discussed. According to The Times of India, sources said that officials seemed confident of addressing the issue once the entire plant was ready.

The two plants under this project are slated to produce around 2.23 tonnes of refuse derived fuel annually while the biomethanation plant will use 100 tonnes of waste to churn out 5000 cubic metres of biogas daily.

The fuel will be used to produce 16 MW of power. BSES Rajdhani Power Ltd will purchase half of the power that is produced. Power regulator, DERC, meanwhile recently passed an order on the tariff of the power produced by the plant at Rs 2.49/kWh (5.5 cents/kWh) for the first year and specified that any surplus power from the plant should be sold to a third party.