skip to main | skip to sidebar
Home » » Letter to NHRC on hazard from radioactive radiations, wastes

Letter to NHRC on hazard from radioactive radiations, wastes 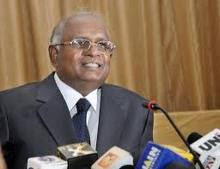 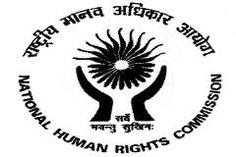 In a letter to Commission chairperson K G Balakrishnan, Toxics Watch Alliance Convener and Founder Gopal Krishna has said the grave problem of diseases caused to present and future generations through radiation exposure needed to be addressed.
The situation affects environment and human health and violates Article 21 of the Constitution, Directive Principles and human rights.

Mr Krishna alleged that the government did not consult Ministries/departments concerned on Civil Liability for Nuclear Damage Bill, 2010, passed by the Lok Sabha today, that prompts payment of damages to victims of nuclear tragedy.

He added that the Parliamentary Standing Committee on Science and Technology, Environment and Forests in its 25-page report on the Bill, which was tabled in Parliament on August 18, was of the opinion that the government must seek the opinion of Ministries which are related to various provision of the legislation.

He demanded that the Commission take cognisance of the submissions of the departments concerned and direct the authorities to internalise their suggestions in the text of the Bill to protect human rights and safeguard inter-generational equity.

Mr Krishna urged the Commission to inquire into the problem of radioactive radiation and issue necessary directions/ recommendation for its prevention and appropriate remedial steps to the Centre, state governments and union territories.

He alleged that drafters of the Nuclear Liability Bill have ignored recommendations of the International Labour Organisation (ILO) on radiation protection.

''India has ratified Radiation Protection Convention, 1960 of the International Labour Organisation but its provisions have not been complied with. It is yet to ratify ILO's Occupational Cancer Convention, 1974 which is concerning Prevention and Control of Occupational Hazards caused by Carcinogenic Substances,'' he claimed.

He also urged the Commission to initiate appropriate proceedings and issue directions to all the Secretaries concerned of the Centre and relevant states/UTs with regard to the following: How would they respond in the event of a nuclear disaster? Do they know as to how many industries/factories exist in the states/UTs where radioactive material is used?
--UNI
http://www.newkerala.com/news2/fullnews-28273.html
Share this article :