The US and EU are attempting to terminate the Kyoto Protocol and all-important international negotiations over its next phase, according to a joint statement by G-77 and China in Bangkok. A rally and a demonstration took place outside the UNESCAP building demanding climate justice outside the walls of the conference center demanding climate justice. Notably, US is still the only industrialized nation not to ratify the Protocol.

The Bangkok Climate Change talks were preceded by the UN Climate Change Summit in New York on 22 September, convened by UN Secretary-General Ban Ki-moon, at which around 100 heads of state and government clearly called for a comprehensive climate change agreement in Copenhagen.

Whilst negotiations are expected to focus on the five elements world leaders subscribed to in New York, areas in which some progress had been made at previous UNFCCC negotiating sessions and in which progress can be extended include: adaptation action, REDD (reducing emissions from deforestation and forest degradation in developing countries), technology, capacity building, and institutional arrangements for finance.

A key focus is on obtaining clarity on further emission reduction commitments for industrialised countries. Important technical work under the Kyoto Protocol was expected to be taken forward on issues such as Land Use, Land-Use Change and Forestry, identifying new greenhouse gases to be included in the Copenhagen agreed outcome and defining base years for emission cuts. But the way EU and US are beginning to collude against the interest of the developing countries shows that history is repeating itself.

UN sources note that the conference is being attended by more than 4,000 participants, including government delegates from 177 countries, representatives from business and industry, environmental organisations and research institutions. The Bangkok meeting will be followed by a final five days of pre-Copenhagen negotiations in Barcelona in November. In effect, now there are just eight days left for the Copenhagan conference.

"The reason why we are not making progress is the lack of political will by Annex 1 [industrialised] countries. There is a concerted effort to fundamentally sabotage the Kyoto protocol. We now hear statements that would lead to the termination of the protocol. They are introducing new rules, new formats. That's not the way to conduct negotiations," said ambassador Yu Qingtai China's representative on climate talks at his press briefing.

Qingtai was visibly disturbed at the pattern of collusive reactions from US and EU.

Lumumba Di-Aping, the chairman of the G77 & China said, "It is clear now that the rich countries want a deal outside the Kyoto agreement." "

He added, "ït would be based on a total rejection of their historical responsibilities."

These statements seem to have been made in the backdrop of the statement by Barack Obama's energy adviser, Carol Browner. She is the Director of the White House Office of Energy and Climate Change Policy in the Obama Administration. Browner previously served as Administrator of the Environmental Protection Agency during the Clinton Administration. 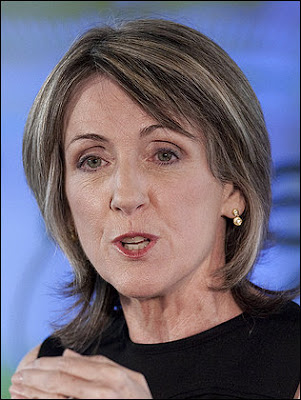 Browner said that she did not expect the US Senate to vote on the crucial climate change bill before the Copenhagen talks at a conference hosted by the Atlantic magazine in Washington. She reportedly spoke some 48 hours after Senate Democrats staged a campaign-style rally in support of a climate change bill that seeks to cut US emissions by 20% on 2005 levels by 2020.

Subsequently, this view is reported to have been retracted by the White House.

In a briefing today at Bangkok where the US asked the media to leave, it said that we want a deal outside the Protocol and we want a new MRV regime which has been missing all this while. It felt that market solutions like improved CDM can respond but it said that we await the outcome of our legislation to say anything with finality.

At the US briefing, Jonathan Pershing, the US negotiator asked, How mitigtation are taken and measured as of now is debatable. We are not in those negotiations. What happens in it we are keeping track through some friends who are party to the protocol The CDM has been standardized and is operational. It does not require US EPA to duplicate this work. But we realize that there are flaws in the way it is operating. There has to be some improvements to make the credits to be additional and credible. The case study approach of the CDM is faulty. Carbon finance and policy based offsets can go a long way. We will create a market signal but that will require legislation and we are working on it. 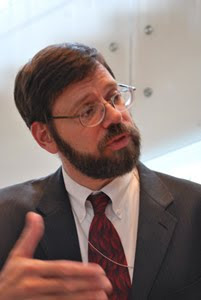 Pershing added, We are not going to sign Kyoto Protocol we are going to remain out of it. About the two working groups, he said that Ad Hoc Working Group on Long-term Cooperative Action under the Convention (AWG-LCA) and Ad Hoc Working Group on Further Commitments for Annex I Parties under the Kyoto Protocol (AWG-KP) is currently not going anywhere. Mitigation action and low carbon strategies need to be adopted and it needs to be noted that both are not the same. Its like trade matters. Our relations with Canada has economic significance. But what china does has political significance. If china does not do enough we cannot go ahead. On climate finance, : We will feed into the funding but we are more flexible on it than EU (on conditionalities attached to finance) We need background in financial services investments in tech and capacity building. There are some countries which stress on public sector finance and they stress that money should be provided to the governments. They do not realize that when projects are fiancés there are technological risks. Central issue is technology transfer and currently the IPR discussion text is a red line, Pershing noted.

Developed countries have so far refused to show their hand on what their emission cuts should be. The UN's Intergovermental Panel on Climate Change has estimated that to keep below a 2C rise in temperatures they need to cut their emissions by 25-40% by 2020, compared with 1990 levels. But developing countries are calling for an aggregate cut of at least 40%.

Several of the world's largest developing countries including China and India, Indonensia and Mexico have indicated that they are ready to make significant emissions cuts provided development countries undertake steps in keeping with their obligations.

"The United States wants only to have a national target without binding it to a global treaty. It appears to have won over many other developed countries. They are stressing that developing countries have 'common' responsibilities," " said Martin Khor, the director of the South Centre based in Geneva while chairing the press briefing of the G-77 and China.

P.S: Venezuela has submitted a proposal that bars offset benefits for non-parties to the Kyoto Protocol which seems to be in reaction to efforts by EU and US to converge the two working groups-AWGKP and AWG-LCA.
Share this article :