Another toxic ship in Indian waters

MV Regal Empress (ex TSS Olympia) was transferred from Freeport in the Bahamas to Port of Spain in Trinidad. She departed from Freeport on 30 March, 2009 for Alang. She contains a great deal of toxic waste as is usually the case with ships built in 1960s. 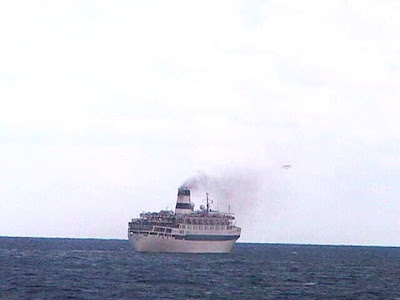 She remained in Freeport until around the 6th April, 2009 she then proceeded from there recently towards Alang, Bhavnagar, Gujarat sailing via South Africa to avoid the pirate waters off East Africa. This 186.5 m long ship weighing 22,640 Gross Registered Tons was built as the TSS Olympia in Glasgow, Scotland in 1953. She was the first and only ship ever to be built for the Greek Line.

No one knows the amount of hazardous materials that is onboard this Glasgow built ship. On March 17, 2009, she moved out of Fort Lauderdale and was bound for Freeport in the Bahamas. It has reportedly been sold to an Indian ship breaker. It was berthed at Ft Lauderdale on March 11, 2009. Till then the ship owner company had not announced what they intended t o do with the ship.

Regal Empress (ex TSS Olympia) was designed to operate regular transatlantic voyages, between Piraeus and New York, but also became a seasonal cruise ship as of 1961. Shet was built to accommodate at total of 1,356 passengers. The reason she was built as a predominantly Tourist class ship was in response of a demand for cheaper travel during the post-war years. The registered owners of the Olympia were the Transatlantic Shipping Corporation.

In 1968, Olympia was re-registered at Andros, under the Greek Flag but by 1970, she proved to be unprofitable. In 1974 it was decided to cease operations and Olympia was laid up at Piraeus, where she remained for the next seven years.
Later Olympia was sold to Sally Shipping GmbH, Bad Schwartau, Germany in 1981, but she remained laid up in Piraeus for another year, but under a German flag. She came to Hamburg in March 1983 after its renovation; it was renamed- Caribe I.
She departed Hamburg in June, 1983 to the Caribbean and commenced cruising under the management of Commodore Cruise Line Pty Ltd. In 1985 the owners name changed to Olympia Caribbean Shipping Co, Inc, Panama.

In 1993, Caribe was sold to the Regal Cruise Line, who renamed her Regal Empress. Regal Empress was auctioned off in mid 2004, and was sold to Imperial Majesty Cruises (IMC). In 2009 it came to light that she will be retired around March/April 2009 and will be sold for scrap. 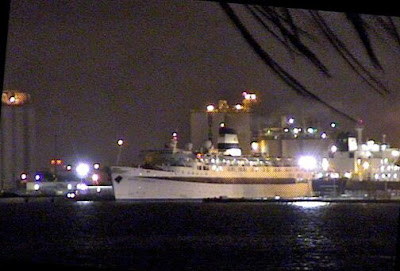