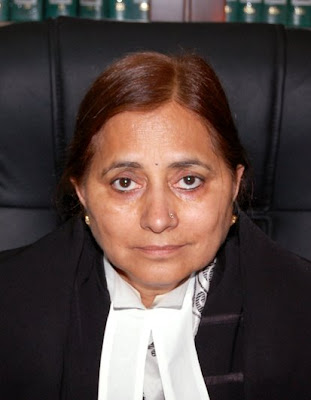 This judgement relates to a river which once flowed majestically but is now gasping for breath. If this continues, time is not far off when this gift of Gods, will die an unnatural death getting buried beneath the layers of silt. If no urgent remedial measures are taken Yamuna may exist only in books. It is this fear an anxiety that has made me pen these lines.

During arguments it was common case of the parties that development cannot be divorced from environmental issues and that development has to be compatible with the need to preserve, project rather improve environment. I think I am right in saying that it was at no point in dispute that development has to co-exist and not endanger or cause irreversible damage to nature. I therefore need not go into any lengthy discussion on this aspect of the matter or on what the courts have said, for they have also not said anything different.

What then is disputed ? The dispute is with regard to the application of the above said well delineated, well defined principles to the land in question located in Pocket III Phase I in Zone ‘O’. Development projects have been undertaken in that area. The petitioners says that the entire construction activity is on the riverbed itself which will destroy not only Yamuna but materially harm the entire ecologically sensitive area. The respondents, on the other than, assert that the land in question is not riverbed and that in any case, the entire construction work has been undertaken after due deliberation and after obtaining required clearance from the authorities concerned and that all remedial measures have been taken.

Let us first have a look at the NEERI Report of 2005. If we look at it carefully we will find that it described the land in question as “river bed”. It says on page 2.8 of the report that “Being centrally situated and considering pressures on the land, the land in river bed is precious.” Not only this, my learned brother has also noticed in paragraph 65 of his judgement and I quote:

“………..The MoEF has constituted independent Expert Committees called the Expert Appraisal Committee………. for seeking approval for the construction of the Commonwealth Games Village in the river bed. ……….The Expert Appraisal Committee applied the precautionary principle to emphasise that the proposed work should not be of a permanent nature………. and the river bed may be restored to the river.

My brother has also noted in paragraph 66, the Environmental Clearance for the project, accorded on 14.12.2006, on the following condition:

“Since the design of the proposed structure is yet to be made, so far as possible the work should not be of a permanent nature……… the proposals should proceed with the assumption that the river bed may have to be restored to the river”. (emphasis supplied)

I feel, with respect that in view of what has been noticed above, no doubt is left that the site in question is on the river bed. However, to my mind, even if it be taken that the site in question is not river bed, yet the urbanization of the site and colossal construction, under way may yet adversely affect the environment, the river and ecology. That it can be so finds support from the following culled out from the Master Plan.

“Apart from being the main source of water supply for Delhi, it is one of major sources of ground water recharge. However, over the years, rapid urbanization, encroachment on the river banks, over exploitation of natural resources/water and serious deficiencies and backlog in sanitation and waste waster management services have resulted in the dwindling of water flow in the river and extremely high levels of pollution in the form of BoD”.

During arguments, the respondents had heavily relied upon on the judgement of the Supreme Court in U.P. Employees Federation Case relating to construction of Akshardham Temple. The order passed by the Supreme Court would go to show that the larger issue now raised before us were apparently not raised or gone into. In any case, in view of the facts and circumstances of the present case and the great many disputed issued raised before us, the said judgement, with respect, cannot be treated as a binding precedent.

The Reports of the NEERI on which respondents had leaned heavily do not paint this body in bright colours. Rather, they show how it has changed colours and has not bothered to contradict itself. In its report of 2005 first it spoke against “heavy capital investment” and pleaded for “no large development activities except horticultural operations and provisions of green linkages with the adjoining and existing built up areas to maintain ecological balance and relief to the public”. It also spoke of “maintenance of existing vegetation” and warned against encroachments, building activity and “urban sprawl” and in the very next breath it recommended release of vast chunk of land “for urban activities”. Of course, my learned brother has also noticed the subsequent report of the NEERI and its affidavit dated January 29, 2008 and, with respect, I join him when he says “we are constrained to observe that his affidavit is the result of some of the loopholes in its earlier reports which were picked up by the petitioners and pointed out to the court. From an institution of this repute, it was not expected that report of this kind would be submitted.”

It is not only NEERI, it is the Ministry of Environment and Forest also which is equally guilty of changing its position. The proposal of DDA (who happens to be respondent No. 5) for seeking approval for the construction of the Commonwealth Games on the river bed came up for appraisal by the Expert Appraisal Committee constituted by the said Ministry. It is important to note that the Committee visited the site and only thereafter, and obviously after due deliberations emphasized that the proposed construction should not be of a permanent nature and the structures raised should rather be dismantable. Adopting those recommendations and agreeing with them, the Ministry accorded clearance on 14.12.2006 observing as under:

And within a span of few days that report was ignored, the condition reproduced above was given a go-bye and the Delhi Development Authority was signaled to go ahead with the construction works “permanent or temporary” subject to certain conditions of little significant. In any case, the DDA had no difficulty in obtaining report from CWPRS, Pune which too, on closer scrutiny appears to be dubious.

It is a sad story of men in haste fiddling with major issues and resultantly playing havoc.

The significance and importance of the Commonwealth Games is not lost on any one. Even the petitioners acknowledged it. The parties also acknowledge the importance of economic development and the concept of sustainable development. Even the ambit and scope of public trust doctrine was not under challenge nor doubted and therefore, I need not deal with all these aspects. It may be stated even at the risk of repetition that what was disputed was the impact of the building activity on the Yamuna, its environment, ecology and the long term damage which, it was stated by the petitioners was pregnant with disaster.

As would be borne out from the above neither NEERI nor Ministry of Environment and Forest nor DDA can be said to have acted fairly and objectively. Their hands appear to be tainted. The issues involved are of great significance and importance and they require dispassionate, honest and thorough examination by experts of eminence and impeccable integrity. Since my learned brother also feels the same, we stand on the same pedestal. I do feel that constitution of a Committee of Experts would help and with regard to that also I stand by the side of my learned brother. It is a matter of great relief that Dr. R.K. Pachauri has agreed to be the Chairman of the said Committee. However, my learned brother is silent about the constitution and other salient aspects concerning the Committee which need to be spelled out in detail. Who will appoint the Committee ? Who will be its members ? What exactly would be the scope of enquiry by the Committee ? Can the Committee give interim report ? And to whom ? Similarly to whom it is to give the final report ? And to what effect ? These and other issues need to be dealt with. I therefore issue the following directions: 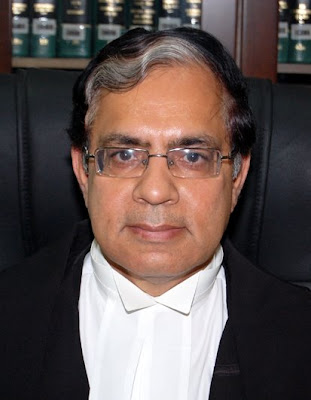 Justice A K Sikri and Justice Rekha Sharma delivered the judgment in the Yamuna case on November 3, 2008
Share this article :